Human evolution is still a subject to be widely studied by scientists. The discoveries, over time, made science, on several occasions, change, in its records, the concepts about how our ancestors lived. This information has helped us understand our origins and shape our steps into the future.

The opposable thumb evolution set us apart from other animals and made our lives easier in many ways. But what if we had one more thumb in our hand? How would we behave? 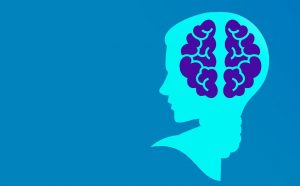 A new search was done with an artificial robotic finger. The results she showed were amazing. In just a few days people who were using this thumb were able to operate it naturally in performing the most complex tasks. For example, building towers out of wooden blocks or stirring the coffee while holding.

And that’s not all the study showed. The neural scans that were done showed that the presence of the “third thumb” actually changed what was going on inside the brain. Even when the prosthesis was removed. People who had their robot thumb plugged in for a few days changed the representation of flesh-and-blood fingers in the brain.

Understanding what is going on with this is very important to improve the human body’s relationships with tools, robotic devices and prosthetics. As useful as these augmentation methods can be, researchers need to understand how they impact the human brain.

This thumb is printed in 3D and gives two degrees of movement. It is wirelessly controlled by toe pressure . The study was done with 20 people who used this thumb for six hours a day for five days. And they should use their thumb to do pre-set training tasks.

These tasks were focused on motor control, coordination and dexterity. They are designed to teach volunteers to use the prosthesis in an intuitive way. And the volunteers were able to use their thumb even when they were distracted or blindfolded. They also reported a very strong sense of incorporation.

Some of the participants underwent fMRI scans before and after the experiment. They moved their fingers one by one so that their brains were analyzed.

These scans showed that the brain representation of individual fingers in the robot thumb hand became less distinct. And the respective areas of neural activity in the sensorimotor cortex began to blur.

“Evolution hasn’t prepared us to use an extra part of the body, and we’ve found that to extend our abilities in new and unexpected ways, the brain will need to adapt the representation of the biological body,” said neuroscientist Tamar Makin at UCL.